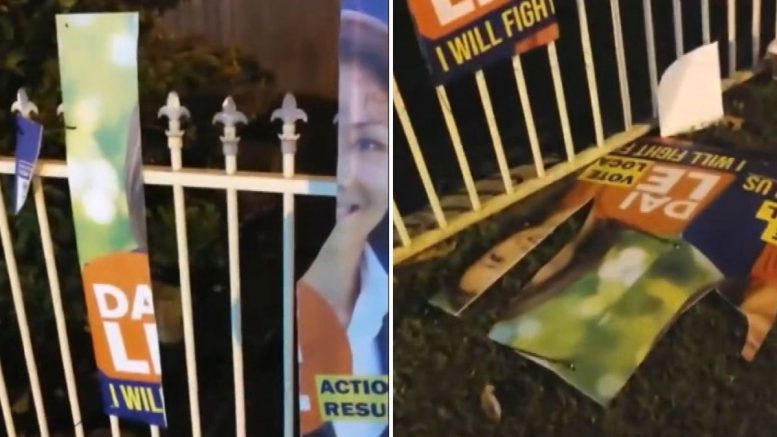 Campaign posters for an independent candidate running for the south-west Sydney seat of Fowler at the federal election have been defaced and graffitied.

Corflutes with Dai Le’s face on them have been cut up and scrawled with writing in Vietnamese accusing her of being an “evil killer” and a “communist”.

Posters outside the NSW Vietnamese Association have also been destroyed.

Ms Le said she has replaced signs across the electorate three times already, and suspects a rival team is behind the vandalism.

Her family fled communism in Vietnam after her family escaped refugee camps in south east Asia in the late 1970s.

The seat of Fowler is also being contested by NSW’s first female premier Kristina Keneally, who has been accused of “parachuting” into the electorate.

Ms Keneally has also reported having her political signs defaced and stolen.

When politicians facing the public gets ugly 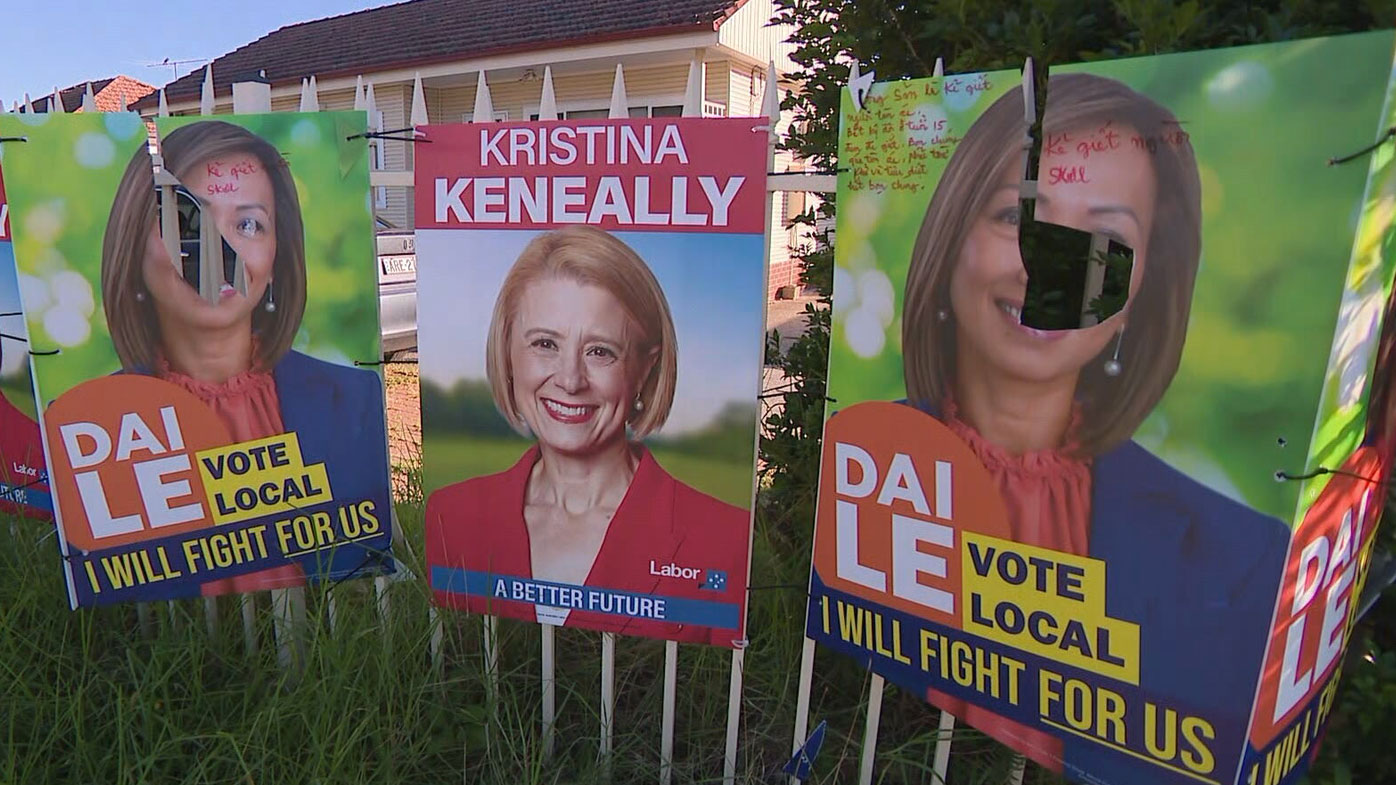