Playing Golf in Sydney is great way to spend the afternoon with your family and friends. Golf clubs in Sydney offer facilities for both beginners and professional players. Why not enjoy a golf day at one of the many fantastic Golf courses that are available.

If you are a Golf enthusiast, Sydney is the perfect location for you with a variety of golf clubs. Moore Park Golf is an 18-hole course that’s 15min from the CBD. Further south, the NSW Golf Club in La Perouse, a links-style championship golf course, was voted one of the top 10 courses in Australia. Less than 20min away are St Michael’s Golf Club, The Coast Golf Club and the Randwick Golf Club.
The Royal Sydney Golf Club overlooks picturesque Rose Bay. East Lake Golf Club is set among the picturesque Botany Wetlands, near Sydney Airport. It neighbours the Australian Golf Club, the Lakes Golf Club and the Bonnie Doon Golf Club, one of the oldest courses in Australia.

Looking in Sydney for a golf course to put your golf skills to the test and provide amazing scenery? Located just minutes from Sydney’s CBD in the heart of the Moore Park and Centennial Parklands precinct, Moore Park Golf is the ultimate destination for golf in Sydney, as well as all your entertainment venue needs! 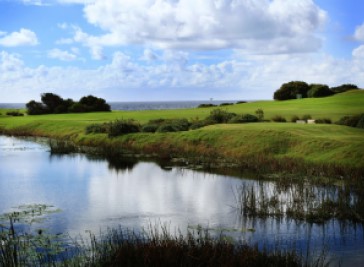 St. Michael's 18-hole championship course stands amongst Australia's best. It was recently ranked as one of New South Wales top ten golf courses, and holds a national ranking amongst the top fifty.

One of Australia’s most influential golf clubs began with an assembly of ‘golf mad cranks’ at the home of Marrickville Doctor Charles Adam Patrick in 1897. Now, more than a century later, it is a club with a host of traditions, the third-oldest in Sydney, and unique in that it has existed at three different sites.