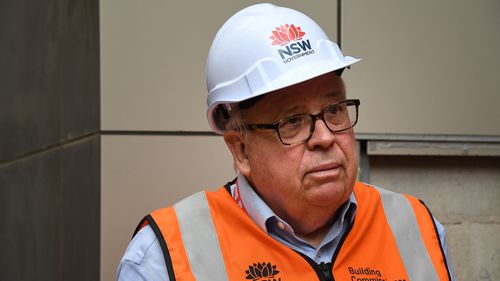 The outgoing NSW building commissioner’s resignation letter has raised questions about the relationship between former minister Eleni Petinos and a property developer John Barilaro worked for.

In his two-page resignation letter, which was tabled to parliament today, David Chandler said in his experience the engagement with then-fair trading minister Petinos’ office had been “problematic”, which influenced his decision to quit.

Petinos was recently removed from the cabinet by NSW Premier Dominic Perrottet over allegations of bullying, which she denies.

“I have raised with you concerns that I have with the advised relationship of the Minister and Coronation Property Group,” the resignation letter read.

The Coronation Property Group is the building company where former deputy premier Barilaro had recently started working as the developer’s executive director.

“As advised to you I received a call from the Minister’s office shortly after a draft order was issued on Coronation’s Merrylands Development,” Chandler wrote.

“Shortly after that call, a message was sent to me by John Barilaro who I was advised had recently joined the Coronation Board.

“This contact came to me as a message on my personal phone requesting a meeting with me.

“I subsequently met with Mr Barilaro to answer his questions.”

Chandler also wrote before the ministerial reshuffle things were going well between his role and the fair trading office.

“Alas, the same level of engagement has not been experienced since,” he said.

Chandler’s resignation letter has also been sent to the NSW Independent Commission Against Corruption.

During parliament’s question time on Thursday, Perrottet was asked whether he read Chandler’s explosive resignation letter prior to removing Petinos from cabinet.

“When I read, or did not read the letter is irrelevant,” Perrottet said.

Opposition leader Chris Minns questioned Perrottet whether sacking Petinos involved concerns over the relationship between her, the Coronation Group, and Barilaro.

“The matters raised in relation to the question the leader of the opposition has asked were peripheral and it was not relevant at all to the decision that I made,” Perrottet responded.

Meanwhile, Barilaro is set to face further questioning by the parliamentary inquiry into the plum New York trade posting on Friday. Tributes flow for woman who died in Woolworths work incident