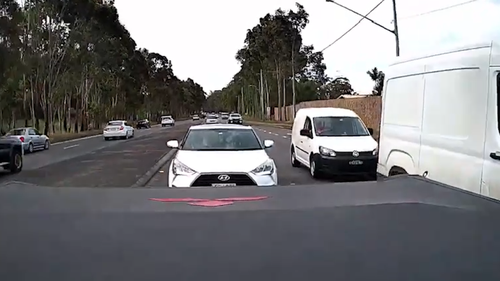 The driver of a ute has posted dash cam footage of a white van’s prang on a Sydney road after an apparent dispute over who was in the wrong.

Cameras at the front and rear of the ute were filming when the incident took place.

The rear camera shows the white van speed up and move through traffic as it goes to overtake the ute with the dashcam.

The white van is then filmed indicating and driving back in front of the ute as they approach a roundabout.

The front-facing camera records the sound of breaks squealing and the white van appearing to knock into yet another vehicle in front of it that had been stopped waiting to enter the double-lane roundabout.

The driver of the white van got out of his vehicle and approached the ute that he had just overtaken.

“It’s not my problem,” the ute’s driver can be heard saying as the van’s driver approaches.

The van’s driver appears angry and takes out his camera to photograph the ute as it changes lanes to drive away.

“﻿Play silly games, you get silly prizes,” the ute’s driver can be heard saying as it passes. 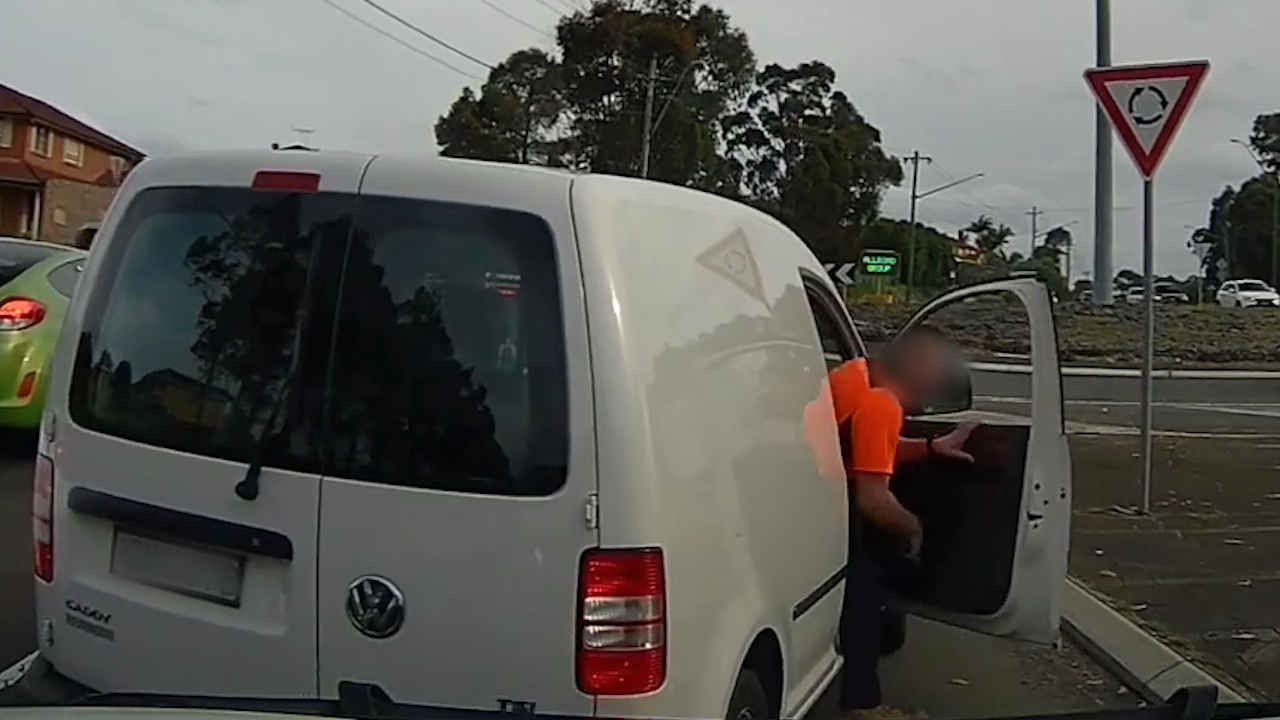